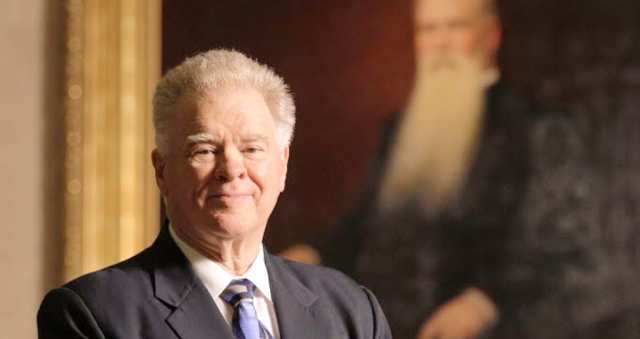 Several weeks back I wrote an article titled, “The Southern Baptist Convention Has a Paige Patterson Problem.” We still have that problem.

Those who have followed the story know the basic issues. Patterson, President of Southwestern Baptist Theological Seminary in Fort Worth, faced public criticism for inappropriate comments about women and unbiblical advice for abused women. Patterson’s initial response was insisting that he had done nothing that warranted an apology. Later, he offered a half-hearted apology in which he tried to distance himself from his own comments by appealing to time and a lack of clarity. You can read Patterson’s “apology” here.

The trustees of Southwestern Seminary met this week to discuss the controversy swirling around Patterson. On the day of their meeting, the Washington Post broke a new story involving Patterson. The allegations in this story are deeply troubling and involve accusations that in 2003 Patterson encouraged a female student at his institution (Southeastern Baptist Theological Seminary) to remain silent about being raped by another student at the institution. The female student was also put on probation by the school for two years.

Twitter lit up this week with more debate about the Pattersons, Southwestern, and the SBC. My favorite response came from an anonymous Twitter account known as “Church Curmudgeon” who wrote: “I’ll just say this. A thirteen hour meeting is the most Baptist way to come to half a conclusion.” Touche.

On a serious note, Ed Stetzer and Albert Mohler both wrote important articles about the new developments, and you can read those articles at the following links: Stetzer Article, Mohler Article.

I don’t presume to add to or improve the comments of Stetzer and Mohler. However, I would like to chime in as a “regular pastor.” In the opinion of this regular pastor, the decision of the trustees was worse than “half a conclusion.” Yes, I’m glad they removed Patterson from office, but I’m shocked that they handed Patterson a golden parachute on the way out. He still has a position. He still has a title. He still has a salary. He still has a home on campus. And, as I understand the situation, he still has the platform at the upcoming annual meeting.

This brings me to one point of respectful disagreement with one of Mohler’s arguments. In his brilliant article, “The Wrath of God Poured Out – The Humiliation of the Southern Baptist Convention,” Mohler writes, “Judgment has now come to the house of the Southern Baptist Convention. The terrible swift sword of public humiliation has come with a vengeance. There can be no doubt that this story is not over. We cannot blame a requirement of priestly celibacy. We cannot even point to an organized conspiracy of silence within the denominational hierarchy. No, our humiliation comes as a result of an unorganized conspiracy of silence.”

I agree that judgment has come to the SBC in the form of public humiliation. I also agree that this story is not over, especially with Patterson moving comfortably into his new position as “President Emeritus” and “Theologian in Residence.” However, I disagree with Mohler’s assertion that there is no organized conspiracy within the denominational hierarchy. That “conspiracy” may look different in our denomination than it does in other denominations. It may not involve the convention president or other agency heads. There may be no top secret councils or power hungry bishops pulling the strings behind the scenes. Nevertheless, there is a “denominational hierarchy” within the SBC. There are celebrity personalities, big money donors, and influential power brokers. This isn’t necessarily a criticism, but it is an acknowledgement of fact.

The SBC clearly has its own unique power structure. In principle, it may be rooted in the autonomy of the local church and the acknowledgement of congregational authority. In practice, it is rooted in celebrity personalities, denominational politics, controlling the appointment of board members and trustees, and yes, the almighty dollar.

As I said a few weeks back, I don’t write this post hoping to effect any real or lasting change within the SBC. I know that none of the power brokers are going to listen to the ramblings of a regular pastor. That admission begs the question: Why write a post that won’t change the situation? Two reasons. One, I write to say that many regular pastors like myself are disgusted by the (non) decision of the trustees. Two, I write to say many regular pastors are frustrated by the functional power structure within the SBC that allows such a (non) decision to be made.

As I said a few weeks back, I’m tired of reading about this mess every time I get online. I miss the days (*insert eye roll*) when we used social media to debate the ordo salutis, the name of our convention, and who to boycott. I long for the days (*no eye roll*) when we gladly put our personal agendas aside to do what’s right, when we submit to the authority of the inerrant word, and when we get busy with the task of making disciples.